This week our family has been celebrating Passover, and it’s been a lovely week!

It started out with us hosting our first community Passover Seder on the first evening of Passover. Next, we celebrated our oldest’s 7th birthday, and we will celebrating Yeshua’s resurrection on Sunday.

With the festive nature and significance of the holidays of this week I felt inspired to write a little more about Passover. I want to introduce you to the little-known holiday of Yom HaBikkurim, discuss the roots of Easter, and then go over the whole thing from a Messianic perspective.

I’m not going to write an exhaustive essay on these topics.  But my hope is that you’ll come out on the other side with a better understanding than you started out with. 🙂

As an overview, the Passover holiday is comprised of three parts:

1.) The first night (often 2 nights)- which is what is typically referred to as Passover, when we celebrate with a seder dinner.
2.) The week of unleavened bread- when God tells us to eat only unleavened bread in remembrance (Leviticus 23:4-8)
3.) Yom HaBikkurim, which is the Feast of Early Firstfruits. (Here is a great article about the timing of Yom Habikkurim and the counting of the omer.)

Like all of the other holy days that the Lord has designed for us to celebrate and meet with Him, these two holidays have much more than an agricultural meaning. Historically, it is believed that the first Yom HaBikkurim was the day that God delivered His people from the Egyptians at the Red Sea, finalizing their freedom. It is also believed that the first Shavuot was the day that God gave the Torah on Mount Sinai.

But where I believe this gets really interesting is when we look at the Messianic fulfillments of these two holidays. Yom HaBikkurim is the day that our Messiah rose from the dead after His crucifixion.  Just as we will someday rise from death, He has risen, as the firstfruits:

But in fact Christ has been raised from the dead, the firstfruits of those who have fallen asleep.  For as by a man came death, by a man has come also the resurrection of the dead.  For as in Adam all die, so also in Christ shall all be made alive.  But each in his own order: Christ the firstfruits, then at his coming those who belong to Christ.
1 Corinthians 15:20-23

And Shavuot is also known as Penticost, meaning fifty. As we know, this is the day that Yeshua sent His Spirit to the Jewish believers gathered in Jerusalem. (Acts 2)

Our Celebration of His Resurrection

Just as we honor the Lord’s death on Passover, we have found much meaning celebrating the resurrection of our Master on Yom HaBikkurim. There is a deep authenticity to the keeping of a holy day that was set apart by the Lord Himself. Knowing that God established these days so far in advance, with the plan of their ultimate fulfillment in Yeshua’s coming, is such an amazing realization!

While we can’t bring the first fruits of the barley harvest to the temple to offer to the Lord, we can offer Him the first fruits of our lives.  We can continue to meditate on the freedom that He gives us through Yeshua’s death that is ultimately known through His resurrection.  And we can celebrate that just as our Master was risen from death, we have achieved victory over death through His sacrifice! 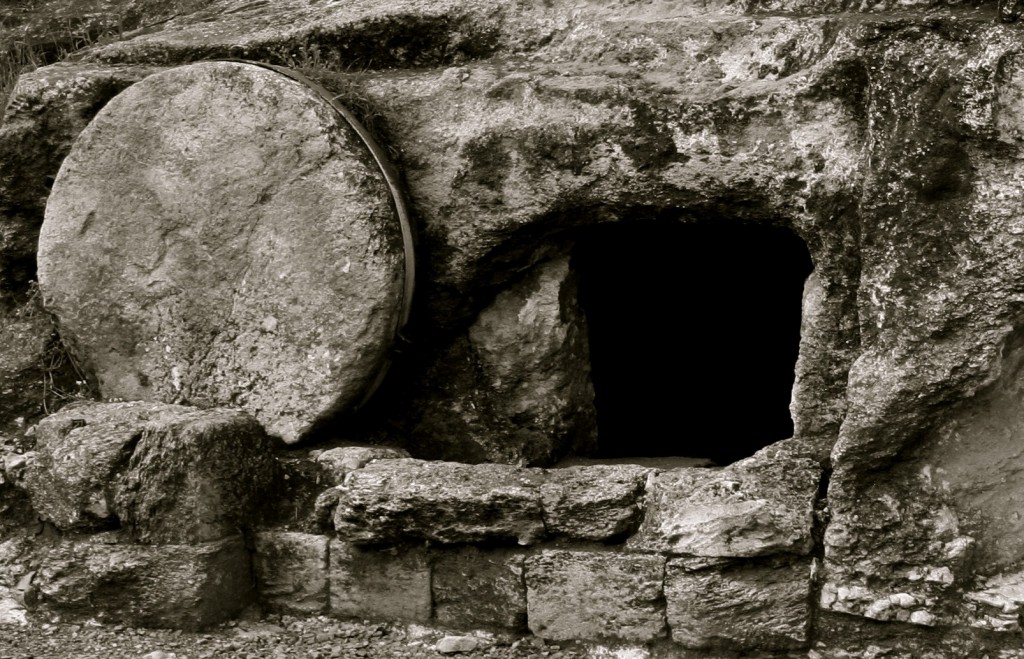 Now I am going to shift gears a bit.  I want to talk about the holiday that is usually used to celebrate the Messiah’s resurrection: Easter.

There is a lot of information out there discussing the history of Easter. And a lot of it is just plain terrifying! I don’t know about you, but when we began down the road of Messianic observance, we were mortified at the things we read and quickly put a stop to all of our celebrations that had questionable history. (Another blog coming later about this.) After several years of learning, we were finally introduced to some thorough, unbiased scholarship in this area. The FFOZ teaching, What About Paganism, was an eye-opening look into the actual history of these holidays. I would encourage anyone who is questioning the roots of these celebrations to check out this resource and get the whole scoop.

Here are a couple of things we’ve learned:

Myth: The Eucharist is pagan in origin, derived from the worship of Mithra.
Fact: The Eucharist comes from the Passover Seder, and has become separated from its Jewish roots over time.

Also, in most cultures and languages around the world, the celebration of Yeshua’s death and resurrection is still known as Passover – Pasqua, Paska, Pascha, Pascua – all derived from the Hebrew word Pesach, meaning Passover.

Reconciling Easter as a Messianic Believer

In the Messianic community the misinformation I referenced briefly above has caused a lot  of paranoia about paganism.  Many people refuse to get together with the rest of their families who celebrate certain holidays because they believe it’s sinful.  Many spread false information and fear among believers.  And while I believe that the majority of people who do this do it out of genuine desire to honor God, it grieves me.  It grieves me because it is so alienating. It causes dissension and animosity between believers and does nothing to build the kingdom of God. So much of this information is also based on poor scholarship, which sends the message to the rest of the Christian world that we are “fringe” and uneducated. It can also cause deep, lasting hurt in families.

The Weightier Matters of Torah

This year we will be attending an Easter morning service for the first time since we’ve been married. Why? Because we now live close to Mark’s parents and we know that it would honor them (and bless us as well) to celebrate with them. This year, Easter is also the same day as Yom HaBikkurim, which means our family will already be celebrating the Resurrection that day.

Yeshua tells us that we should be holding to the weightier matters of Torah – justice, mercy, and faithfulness:

Woe to you! For you tithe mint and dill and cumin, and have neglected the weightier matters of the law: justice and mercy and faithfulness. These you ought to have done, without neglecting the others.
Matthew 23:23

He also tells us that love is the highest commandment of all:

This is my commandment, that you love one another as I have loved you.
John 15:12

Love one another with brotherly affection. Outdo one another in showing honor.
Romans 12:10

And so does John in his first epistle:

And this is his commandment, that we believe in the name of his Son Jesus Christ and love one another, just as he has commanded us. Whoever keeps his commandments abides in God, and God in him.
1 John 3:23-24

I want to encourage you to let love reign in your celebrations of our Lord this season.  Whether you celebrate Yom HaBikkurim or Easter, do so in a way that brings honor to Yeshua and His power over death.   May your love for others take precedence over the particulars of your observance.

And may we all strive to outdo one another in showing honor!