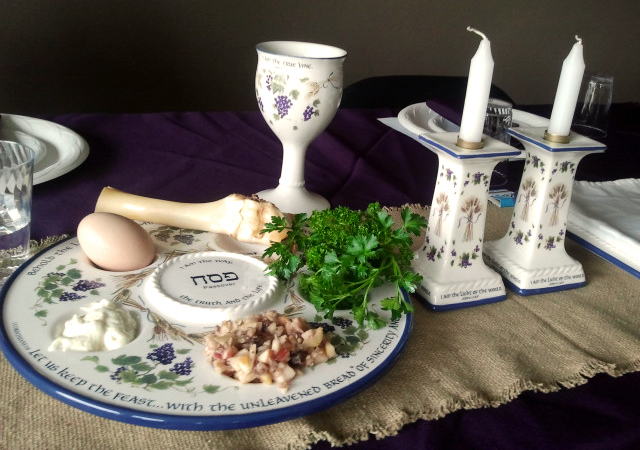 Today is one of my favorite days of the year- Passover!

This year will hold a special place in my memory, as we hosted our first community Seder last night.  We turned our dining and family rooms into a banquet hall and fit 34 people in our home to celebrate God’s deliverance! 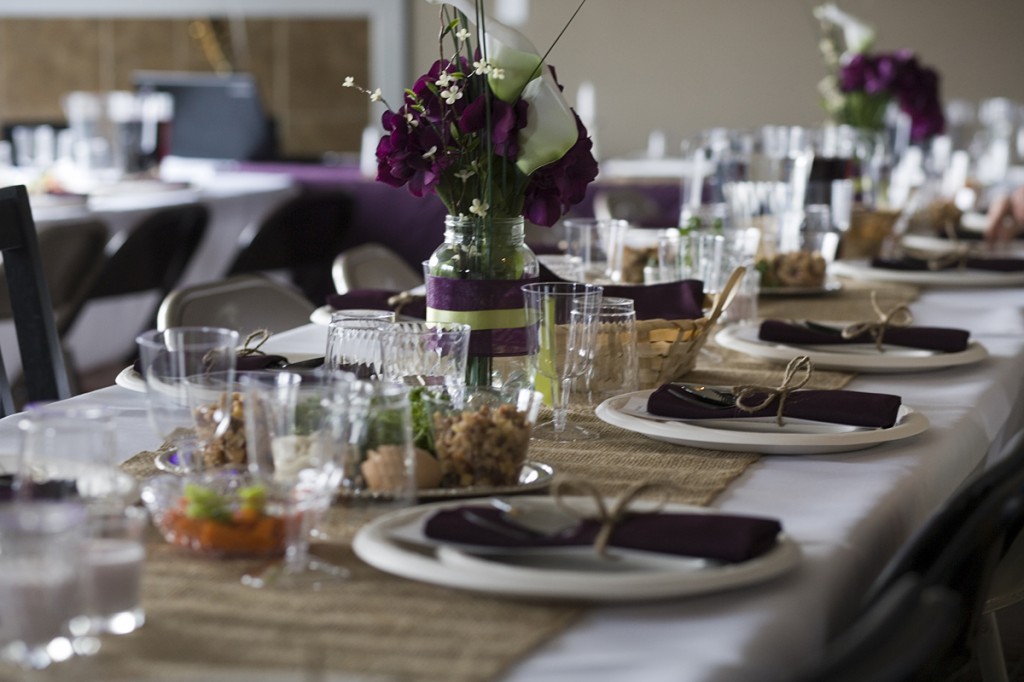 This is one of the holiest days on God’s calendar, and it holds even more significance for us as believers. Passover was the first holiday (other than the Sabbath) created by the Lord, set apart as a holy day to remember his deliverance of his people from slavery. Most of us know that Yeshua was crucified on Passover as well, fulfilling an even deeper aspect of the holiday.

As we went through the Seder last night, we talked about the meaning of each of the elements, and it always amazes me how God set up these symbols to all have dual meaning- both for the Exodus and for Yeshua’s death and resurrection. The most memorable part of the evening for me was when Mark taught about the afikomen. He was brought to tears, recalling our Messiah’s brutal, sacrificial death. 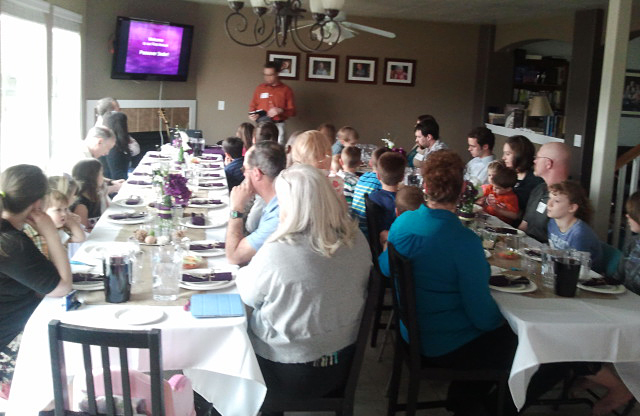 Our Master, Yeshua, told us what the significance of the afikomen is.

And when the hour came, he reclined at table, and the apostles with him.  And he said to them, “I have earnestly desired to eat this Passover with you before I suffer… And he took bread, and when he had given thanks, he broke it and gave it to them, saying, “This is my body, which is given for you. Do this in remembrance of me.”

We believe the three matzot represent the unity of the Godhead – the Father, the Son (Messiah) and the Holy Spirit. The middle matzah represents our Messiah, Yeshua. There are may ways the afikomen points to our Master: 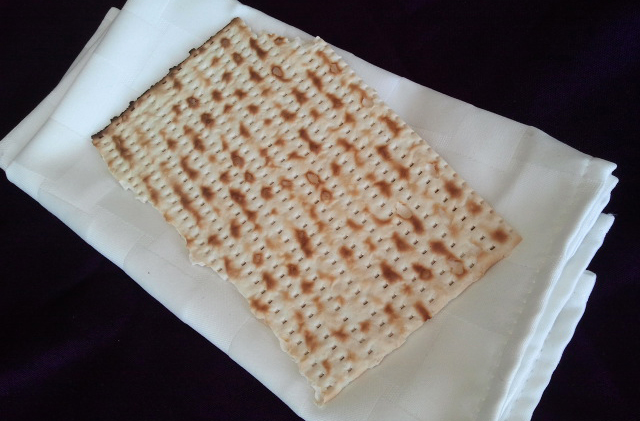 And when the hour came, he reclined at table, and the apostles with him.  And he said to them, “I have earnestly desired to eat this Passover with you before I suffer.  For I tell you I will not eat it until it is fulfilled in the kingdom of God.” … And likewise the cup after they had eaten, saying,  “This cup that is poured out for you is the new covenant in my blood.”

Another key part of the Seder is the 4 cups of wine/juice that are drank in certain parts of the evening.  Each cup has a specific meaning.  The cup after the meal – the one that Yeshua took and said “Do this in remembrance of me” – is the third cup – the Cup of Redemption.  How appropriate is it that we are told to remember Yeshua’s sacrifice at the Cup of Redemption!  Not only do we celebrate the redemption of the Jewish people from slavery, but we celebrate our redemption from slavery to sin, bought by our Messiah’s precious blood!

Growing up in the church, communion was a part of my life for as long as I can remember. I have memorized the verses our pastor read every time:

The Lord Jesus on the night when he was betrayed took bread, and when he had given thanks, he broke it, and said, “This is my body which is for you. Do this in remembrance of me.” In the same way also he took the cup, after supper, saying, “This cup is the new covenant in my blood. Do this, as often as you drink it, in remembrance of me.”

But in doing this every month, it was never explained to me that what Christians do as Communion was in fact instituted by the Messiah as a part of Passover!  While Communion does have beautiful meaning and symbolism, the depth of Passover far exceeds it.  God created this day to be a sacred celebration for His people, and we – as Gentiles grafted into His people – are encouraged and welcome to partake in it and receive the blessings that it entails.

This season, I encourage you to look into Passover yourself.  Learn about the dual symbolism that the Lord gave us to remember Him by, and let Him speak to you through it!

Many Blessings this Passover Season,
– Judy

5 Replies to “Do This In Remembrance Of Me” 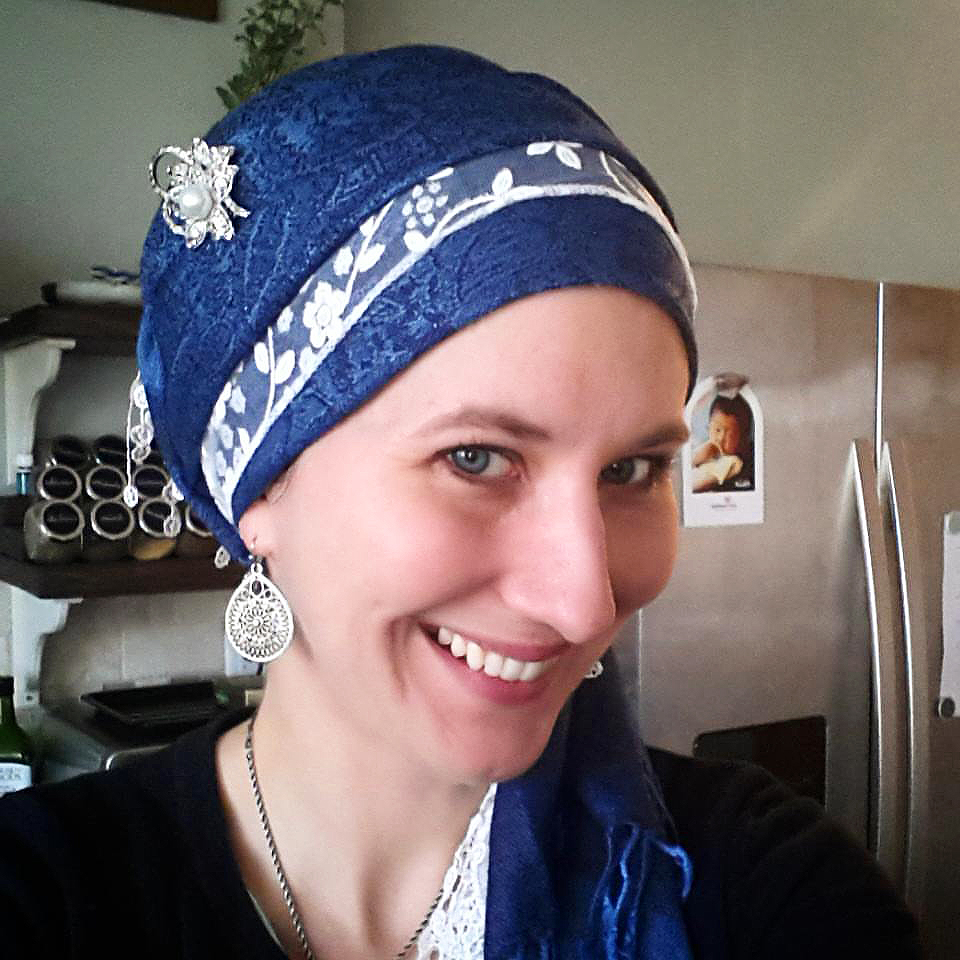 Judy Rich
Get to know me a bit here!